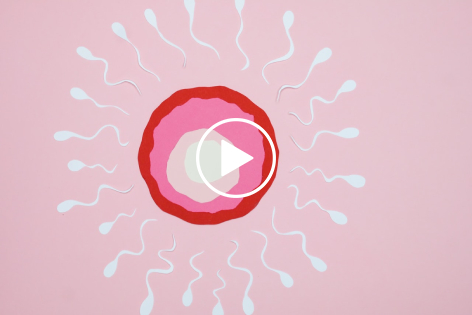 Antioxidant Supplements Can Reverse Male Infertility Problems in Many Cases

Infertility problems caused by defective aspects of sperm account for at least 50% of all infertility cases worldwide and recent studies show that providing these men with specific antioxidant supplements, at levels beyond what food alone can provide, can reverse male infertility problems in a significant number of cases.

This, according to a review of the available studies on this subject published in the International Journal of Reproductive Biomedicine in December of 2016. Infertility is defined as not being able to get pregnant despite having frequent, unprotected sex for at least a year. More than 70 million couples suffer from infertility worldwide. As noted previously, male factors account for at least 50% of all infertility cases. Some factors such as radiation, smoking, varicocele, infection, urinary tract infection, environmental factors, nutritional deficiencies, and oxidative stress contribute to male infertility. Oxidative stress (or free radical damage) occurs when the production of reactive oxygen species (ROS) exceeds the body’s natural antioxidant defenses, which is often the case in tissues that rely heavily on oxygen for energy production, such as in the testes and in sperm cells within the testes. As the researchers stated, “the increased level of ROS (free radicals) can result from environmental factors such as high temperature, electromagnetic waves, air pollution, insecticides, alcohol consumption, obesity, and poor nutrition.” There is evidence that sperm cells are very susceptible to free radical damage or oxidative stress because the outer skin or membrane of sperm cells consists of high levels of polyunsaturated fatty acids (PUFAs) that are very prone to free radical damage, and hence subsequent problems relating to decreased sperm motility, and DNA damage to sperm cells and their energy factories known as mitochondria. All of this adds up to damaged and compromised sperm implicated in infertility problems.

As a rule, semen contains some antioxidants to quench and stabilize these free radicals, such as vitamin E, vitamin C, superoxide dismutase, glutathione, and thioredoxin. This means that if you are a male, some of the vitamin E and vitamin C you ingest from food and/or supplements get incorporated into the semen produced in the seminal vesicles. These antioxidants neutralize free radical activity and protect sperm from ROS. But evidence shows that there is a lower antioxidant capacity of semen in infertile men that explains the increased degree of damaged sperm and resulting infertility. The 2016 review paper on this subject highlights clinical studies where antioxidant supplements were shown to reverse male infertility. As an example, daily supplementation with vitamin C (200 mg) and vitamin E (200 IU) not only improved spontaneous pregnancy by over 10% in previously infertile men in one study but in this and other studies also were shown to improve sperm motility, decrease free radical end products in seminal fluid, decrease DNA damage in sperm cells, as well as producing other signs of improved sperm integrity. Other supplements shown to improve sperm counts, sperm motility, and sperm integrity include the minerals zinc and selenium, as well as taking a full spectrum multiple vitamin and mineral supplement. Supplementation with CoQ10, N-acetylcysteine, and L-Carnitine has also been shown to improve many parameters of sperm integrity as well as sperm motility and sperm count in various human studies.

There is one more element to this story that I think is also important for all males to be aware of, which involves the fact 1:250 men develop testicular cancer in their lifetime. This can be a very lethal cancer if not detected early. It is the most common cancer of males in their 30’s. There are a number of risk factors for testicular cancer, but one of the things we know about the testes is that, like the sperm cells they produce, they are also exposed to high levels of free radicals (ROS) and their outer membrane is also high in polyunsaturated fats content, which makes the testes highly susceptible to free radical damage. Some of these free radicals may damage the DNA of the testes and create genetic mutations that can lead to cancer. As of now, this is just a theory, but as stated in a 2017 review article in the Journal of Clinical Diagnosis and Research, “the body’s antioxidant system alone is not able to neutralize all free radicals and prevent harmful complications of oxidative stress. Therefore, the use of antioxidants (supplements) and the development of antioxidant therapy (supplements) can break down the oxidative chain reaction and play a very significant role in increasing the body’s capacity to fight free radical-induced oxidative stress, and therefore improve the process of spermatogenesis.” But the same antioxidants that protect sperm from DNA damage may also protect the testes themselves against damaging free radicals that can cause mutations leading to testicular cancer. At least that is biologically plausible and is one more reason why I suggest that all males over the age of 15 take a high potency multiple vitamin and mineral supplement each day, that is enriched with 500-1000 mg of vitamin C, 400 IU of vitamin E, 200 mcg selenium 15 mg zinc, a B-50 complex and everything else from vitamin A to zinc, at optimal doses. A supplement with these dosages is shown to improve sperm quality for men who are hoping to have children with their partner and may also protect the testes themselves against free radical damage that can produce undesirable health outcomes. For men who are diagnosed with fertility problems, they may want to consider adding other supplements to this program such as:

I think this is very important information to be aware of, as most fertility clinics may counsel men on the damaging free radical effects of smoking and alcohol on sperm integrity, but they often neglect to address the studies showing that certain vitamin, mineral, and other supplements are shown to improve sperm quality and reverse male fertility in many cases.