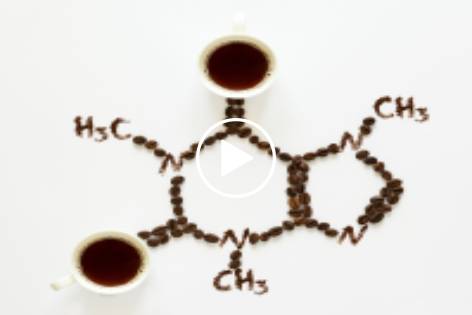 As reported in the American Heart Association journal, Circulation, in February 2021, three large studies found that caffeinated coffee consumption is strongly associated with a significantly decreased risk of developing congestive heart failure. Congestive heart failure is the leading cause of hospital admissions in people over 65 years of age in this part of the world. Each of the three studies included at least 10 years of follow-up, and, collectively, they provided information on more than 21,000 U.S. U.S. adults.

The analysis revealed the following:

So, to summarize, it appears to be the caffeine in coffee that has the protective effect. This, of course, is contrary to the widely held belief that coffee is bad for your health and bad for your heart. As well, these studies showed no increased risk of high blood pressure or palpitations in those who were regular consumers of caffeinated coffee. According to the federal dietary guidelines, three to five 8-ounce cups of coffee per day can be part of a healthy diet, but that only refers to “plain black coffee.” The American Heart Association warns that popular coffee-based drinks such as lattes and macchiatos are often high in calories, added sugar and saturated fat. In addition, despite its benefits, research has shown that caffeine also can be dangerous if consumed in excess. Additionally, children should avoid caffeine. The American Academy of Pediatrics recommends that, in general, kids avoid beverages with caffeine.

Other research has shown that drinking two to four cups of coffee per day is associated with decreased chronic liver disease and colon cancer risk.  Chronic liver disease is the 11th leading cause of death in the U.S and colon cancer is the second leading cause of cancer death.  Coffee contains several bioactive compounds that are shown to support liver health and block key steps in colon cancer development. One of these nutrients appears to be caffeine itself. So, if you like coffee and it doesn’t bother you (insomnia, jitters, etc.), then drinking 2-4 cups of caffeinated coffee per day may be one more health promoting strategy to consider. On the other hand, if caffeine bothers you, know that there are many other ways to reduce your risk of congestive heart failure, liver disease, and colon cancer. Drinking coffee is not an essential aspect of longevity and heart health.

In fact, studies have shown that supplementation with Coenzyme Q10 and Hawthorn are emerging as important strategies to reduce the risk of congestive heart failure after the age of 45 or 50. Our bodies make less Coenzyme Q10 (CoQ10) as we age. CoQ10 is required by the heart muscle to convert food into energy. Thus, the age-related decline in CoQ10 synthesis results in a weaker heart pump, even in highly fit individuals, which is a main contributing factor in congestive heart failure. Hawthorn works synergistically with CoQ10 to boost energy production in the heart muscle as we age, helping to prevent age-related weakness of the heart muscle. So, to sum up, no need to feel guilty about having some caffeinated black coffee each day if you like it. And if you’re over the age of 45, then you might want to consider taking a supplement each day that contains CoQ10 and Hawthorn to help further guard against your heart muscle getting weaker as you age. This is something I do, personally.