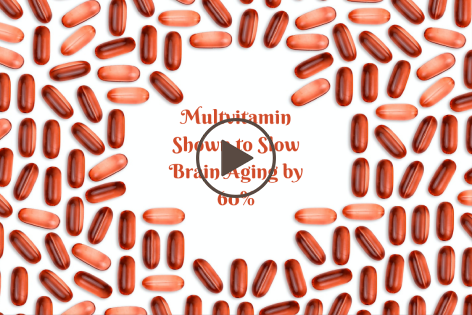 For many years I have watched the media report the findings of studies suggesting that taking vitamin and mineral supplements have no positive effects on the health or the prevention and management of various health conditions. For some reason, they tend to ignore the many highly impressive studies that show the exact opposite, which can leave the impression that the supplement industry is some kind of giant scam.  But this simply is not the case. When you look at vitamin and mineral intake levels across the population it stands to reason that the just the use of daily multiple vitamin and mineral supplement is bound to be helpful for most people.

Consider the latest findings from the National Health and Examination Survey, which showed that most Adults do not ingest the recommended amounts of many various vitamins from the consumption of food and beverages alone. The survey showed that 94.3% of the US population do not meet the daily requirement for vitamin D, 88.5% for vitamin E, 52.2% for magnesium, 44.1% for calcium, 43.0% for vitamin A, and 38.9% for vitamin C. For the nutrients in which a requirement has not been firmly set, 100% of the population had intakes lower than the Adequate intake for potassium, 91.7% for choline, and 66.9% for vitamin K. The prevalence of inadequacies was also low for all the B vitamins (B1, 2, 3, 6, 12, pantothenic acid, folic acid, biotin) and several minerals, including copper, iron, phosphorus, selenium, sodium, and zinc. All these nutrients play critically important roles in the function of most tissues in the body, including the brain. Hence the findings from the COSMOS-Mind Study, published on Medscape on January 10, 2022, come as no surprise to me and other people in the world of nutritional medicine.

The study showed that taking a daily multivitamin for 3 years is associated with a 60% slowing of cognitive aging, with the effects especially pronounced in patients with cardiovascular (CVD) disease. The findings were presented at the 14th Clinical Trials on Alzheimer’s Disease (CTAD) conference. COSMOS-Mind Study included 2262 adults aged 65 and over, who did not have dementia at the beginning of the study and who underwent cognitive testing at the beginning of the study and annually for the next 3 years. The average age at the start of the study was 73 years old, and about 40 were men (60% women). The group given the multiple vitamin and mineral vs the placebo or 500 mg cocoa flavonoids, showed improved global cognitive function, executive function, and memory over the course of the three years, including subjects with a history of cardiovascular disease Dr. Laura Baker, a lead study researcher stated, “We see a positive effect of multivitamins for the active (vitamin and mineral supplement) group relative to placebo, peaking at 2 years and then remaining stable over time.”  She went on to add, “Daily multivitamin-mineral supplementation appears to slow cognitive aging by 60% or by 1.8 years. “She concluded by stating, “Our study provides new evidence that daily multivitamin supplementation may benefit cognitive function in older women and men, and the multivitamin effects may be more pronounced in participants with cardiovascular disease.” In my view, this study lends additional support to considering the use of full-spectrum multiple vitamin and mineral supplement for most adults. Slowing your brain aging by 60% is quite a remarkable outcome that we should all take quite seriously.

3. Micronutrient inadequacies in the US population: an overview Oregon State University https://lpi.oregonstate.edu/mic/micronutrient-inadequacies/overview

This supplement saves you having to buy 8 different vitamin and mineral supplement bottles.Read More…..