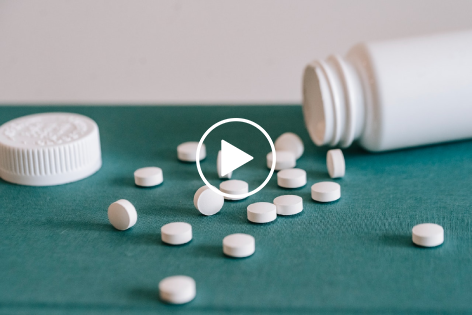 On January 10, 2022, three vitamin D experts met for a panel discussion to provide an update on vitamin D as it impacts certain aspects of human health. One of the topics they discussed was the role of vitamin D in cancer prevention The panel moderator was Dr. Pam R. Taub – A cardiologist and professor of medicine at the University of California, San Diego. One of the panelists was Dr. Michael Holick – A professor of medicine at Boston University.

He was the first to identify the major circulating form of vitamin D in human blood as 25-hydroxyvitamin D3. Over the past four decades, he’s led many of the studies demonstrating the benefits of vitamin D and is responsible for bringing vitamin D to the radar of healthcare professionals. The other panelist was Dr. JoAnn Manson – Another famous vitamin D researcher, and a professor of medicine at Harvard Medical School. She’s been involved in many landmark clinical trials that have changed clinical practice, including the Nurses’ Health Study, the Women’s Health Initiative Study, and the more recent VITamin D and OmegA-3-Trial (VITAL study).

During the discussion, Dr. Michael Holick and Dr. Manson provided an important update on the studies examining vitamin D and cancer risk. They talked about the vitamin D and omega-3 trial (VITAL study), which is a large-scale, nationwide trial in the United States, including more than 25,000 men and women. They stated that when we looked at those who had been in the trial for at least 2 years — long enough for vitamin D to actually have an effect on cancer death — they saw a statistically significant 25% reduction in cancer deaths in patients supplementing with 2,000 IU of vitamin D per day vs the placebo group. As they stated, the reason this is of particular interest is that several other randomized trials had suggested that there may be an effect of vitamin D supplementation on reducing cancer death. For example, a meta-analysis of five large-scale trials looking at vitamin D supplementation and cancer death showed a 13% reduction in cancer death in the group taking the vitamin D supplement vs the placebo.

Dr. Holick also raised another important point about how to take vitamin D. The studies we have available right now show that taking vitamin D in large doses, once a week, or once month does not seem to provide protection against cancer, whereas those taking smaller doses (2,000 per day) on a daily basis, have shown a significant reduction in cancer risk. I say this because some doctors recommend that patients take up to 50,000 IU of vitamin D once a week, or even larger doses once a month, as a method to optimize vitamin D status. This may be fine for individuals who are severely deficient in vitamin D, but for most people this approach does not appear to reduce the risk of cancer, according to the available studies we have so far.As Dr. Holick and Dr. Manson indicate that achieving a blood level of vitamin D that is above 75 nmol (30 ng/mL) appears to be the level at which cancer prevention becomes significant. This is important because in most medical circles it is believed that a person has adequate vitamin D status once they reach a blood level of 50 nmol/L (20 ng/mL). This blood level of vitamin D is probably sufficient to help support bone density, but it does not appear to offer protection against cancer or risk of developing virulent infections.

I have included the reference for this panel discussion in the text below.

This supplement saves you having to buy 8 different vitamin and mineral supplement bottles.Read More…..