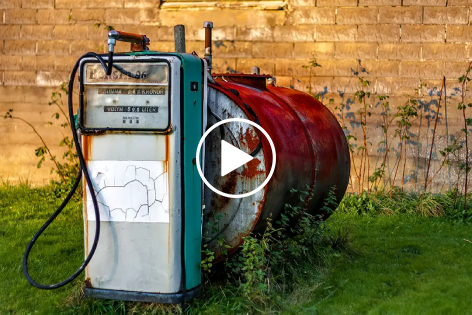 Source: Proceedings of the National Academy of Sciences (2022)

In 1923, lead was first added to gasoline to reduce engine knock. As the years went by researchers realized that lead entering the environment through car exhaust pipes was being inhaled and accumulating in the human body, resulting in adverse health effects. Leaded gasoline was eventually banned in 1996, but the researchers of a 2022 paper in the Proceedings of the National Academy of Sciences have shown that anyone born before the end of that era, and especially those at the peak of its use in the 1960s and 1970s, had concerningly high lead exposure as children.

Lead is a neurotoxin that can literally erode brain cells after it enters the body. Young children are especially vulnerable to lead’s ability to impair brain development and lower cognitive ability. Unfortunately, in the case of leaded gasoline, lead can get absorbed into bloodstream once it’s inhaled as dust, or ingested, or consumed in water. From the bloodstream, it’s able to pass into the brain through the blood-brain barrier. The 2022 study indicated that exposure to car exhaust from leaded gasoline during childhood stole a collective 824 million IQ points from more than 170 million Americans alive today, which is about half the population of the United States. That is nearly three IQ points per person on average. As of 2015, more than 170 million Americans had clinically concerning levels of lead in their blood when they were children, likely resulting in lower IQs and putting them at higher risk for other long-term health impairments, such as reduced brain size, greater likelihood of mental illness, and increased cardiovascular disease in adulthood.

As they said, unfortunately, no matter what age, our brains are ill-equipped to defend against the damaging effects of lead. The researchers calculated that at its worst, people born in the mid-to-late 1960s may have lost up to six IQ points, and children registering the highest levels of lead in their blood, eight times the current minimum level to initiate clinical concern, fared even worse, potentially losing more than seven IQ points on average. Dropping a few IQ points may seem negligible, but the authors note that these changes are dramatic enough to potentially shift people with below-average cognitive ability (IQ score less than 85) to being classified as having an intellectual disability (IQ score below 70). Studies also show that adults with high childhood lead exposure may experience accelerated brain aging. So, how might you remove some lead from your body? Well, a 2013 review paper published in the World Scientific Journal, entitled, “Chelation: Harnessing and enhancing heavy metal detoxification – A review”, explains some helpful strategies to accomplish this goal. In short, eating foods with a high sulfur content can be helpful, as heavy metals bind to sulfur, and can then be excreted by the body bound to sulfur. This means eating more garlic and onions, as well as cruciferous vegetables (broccoli, Brussels sprouts, cabbage, cauliflower, Bok Choy, turnips, and kale). Cruciferous vegetables contain sulforaphane, a sulfur containing compound. Having 2 teaspoons per day of psyllium husk fiber has been shown to reduce the re-absorption of heavy metals from the gut.

Glutathione is also proven to leach heavy metals, including lead, from the body.

Glutathione supplements are not well absorbed from the gut, but you can raise your glutathione levels by supplementing with a combination of:

Some companies make supplements that contain all four of these ingredients into one glutathione-raising formulation. As well, N-acetylcysteine on its own is shown to help remove heavy metals from the body, as does alpha-lipoic acid. Both of these natural agents are sulfur-containing compounds.  One last point is the fact that sweating during aerobic exercise helps to eliminate some toxic metals through the skin and the same is true for taking saunas.

So, we all would probably benefit from removing some lead from our bodies, which can be accomplished by:
Eating more garlic, onions and cruciferous vegetables and taking a supplement each day that contains: