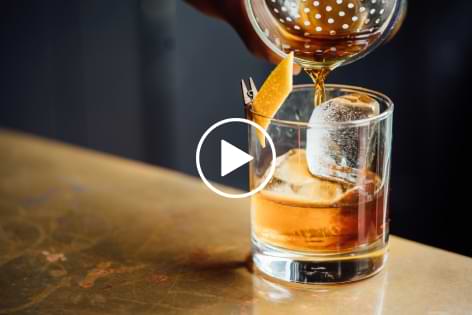 As reported by Medscape on April 13, 2022, new evidence suggests that even one drink per day of an alcoholic beverage is linked to detectable changes in the brain. Researchers examined functional MRI brain scans from 36,678 healthy adults, ages 40 to 69, in the United Kingdom and compared those findings to the participants’ weekly alcohol consumption, accounting for differences in things like age, sex, height, socioeconomic status, and country of residence, among other factors. In line with past studies, the researchers found that the more alcohol one consumes the faster the brain shrinks, or as they put it, you see reduced gray and white matter brain volume.

As they stated, “as a person’s alcohol intake increased, their gray matter and white matter volume decreased, getting worse the more weekly drinks they had.” But the researchers also noted that they could tell the difference between brain images of people who never drank alcohol and those who drank just 1 or 2 drinks a day.  They showed that consuming just one alcoholic drink daily could be associated with changes in gray matter volume and white matter volume in the brain and going from one unit of alcohol to two—about a pint of beer—was linked to changes equal to that of two years of brain aging.  Of course, heavier drinkers face more rapid brain deterioration. Previous research has found that people with alcohol abuse disorder are shown to have structural changes in their brains such as reduced gray matter and white matter volume, compared to healthy people’s brains. But those findings were in people with a history of heavy drinking, defined by the National Institute on Alcohol Abuse and Alcoholism as more than four drinks a day for men and more than three drinks a day for women.

So, this new research is quite eye-opening, which showed that as little as one alcoholic drink per day speeds the shrinkage of the brain or brain volume compared to non-drinkers. This is important because a number of studies have shown that the rate of brain shrinkage is directly related to the rate or memory loss, cognitive impairment, and increased risk of Alzheimer’s disease. As I have stated in many Lifestyle Medicine Updates, the research from the fields of cancer, heart disease, memory loss, brain dysfunction, weakened immunity, and other research areas, continue to show that alcohol consumption, even at low levels, poses a significant threat to human health. So, from a wellness and healthy life expectancy standpoint, I suggest that you pay heed to the risks of alcohol. Avoid it altogether if you can or use it very judiciously.

I have provided the reference for this study in the text below.