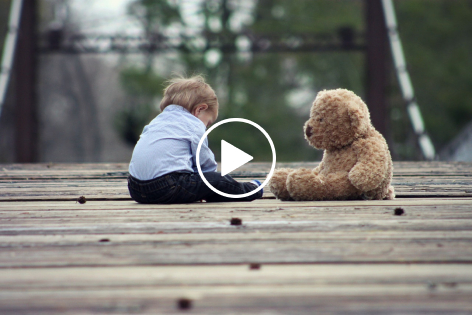 So, let’s talk about iodine. It’s not considered to be a really sexy topic and it hardly gets mentioned in the nutrition and wellness news of the day. But the fact is that recent dietary trends have resulted in a growing number of people who are becoming more and more iodine deficient. More specifically, many young people are now adopting the dietary practices of avoiding consumption of all dairy and animal products, including fish and using sea salt and other salt substitutes in place of common table salt, in an effort to consume all things natural. One of the unintended consequences is that an increasing number of young women now find themselves at increased risk of having children born with impaired neurological conditions, due to poor iodine intake. A small study in South Australia recently showed this finding, but a 2017 U.S. study found that nearly 2 billion people worldwide were iodine deficient, resulting in 50 million experiencing clinical side effects.

Of importance to young women is the fact that just mild to moderate iodine deficiency has been shown to affect language development, memory, and mental processing speeds in their offspring. In fact, the need for increased iodine intake occurs during pregnancy, but studies show that most women do not ingest the amount of iodine that is desirable leading up to becoming pregnant, nor do they consume the increased amount required during pregnancy and lactation, which is 220 and 290 mcg per day, respectively. As was stated at the 1990 World Summit for Children, “Iodine deficiency remains the single greatest cause of preventable brain damage and mental retardation worldwide. “Eliminating iodine deficiency was recognized as one of the most achievable of the goals that the 1990 World Summit for Children set for the year 2000. Unfortunately, the year 2000 has long come and gone and many women who live in modern countries, who have ample access to foods rich or fortified with iodine, are now avoiding these foods.

Dietary strategies such as using plant-based beverages (oat milk, soy milk, etc.) in place of dairy products, avoiding all dairy products, avoiding all meaty foods, including fish, and using Himalayan sea salt and other salt alternatives that are not fortified with iodine, as well as avoiding bread products, have lead to an increased number of young women becoming mild to moderately iodine-deficient, which does not present with any physical symptoms, but does lay the foundation for brain development problems in their children should these women become pregnant. I’m the first person to tell you that a more plant-based diet is desirable for many reasons, including reducing the risk of cardiovascular disease and many types of cancer. It’s also better for the environment, and the ecosystem, not to mention the animals themselves. But, it has to be done intelligently, not guided only by philosophical principles. An iodine food fortification program exists in many developed countries for a reason, which is to help avoid the consequences of widespread iodine deficiency and insufficiency, which commonly occurs in populations where iodine-rich and iodine fortified foods are not available.

The daily requirement for iodine for most adults is 150 mcg per day. As little as ¼ teaspoon of iodized salt contains 76 mcg of iodine. As well, many flours and bread doughs are enriched with iodine often providing 180-185 mcg in one slice of bread. Boling pasta with a bit of iodized salt provides 36 mcg of iodine in a 1 cup serving of pasta. Many non-fat yogurts contain up to 116 mcg of iodine in 8 oz. 1 cup of non-fat milk contains 85 mcg of iodine. Some seaweeds contain up to 230 mcg of iodine, whereas other ones contain very little – so you can’t depend only on seaweed as your source of iodine. Most fruits and vegetables and legumes contain very little or no iodine at all and 1 cup of soy milk has 7 mcg (not very much). Of course, fruits, vegetables, and legumes, including soy products are healthy food choices, but they don’t provide iodine in an appreciable amount. You’ll have to find that elsewhere. Some fish, like cod, have as much as 158 mcg of iodine in 3 oz, whereas 3 oz of shrimp only has about 13 mcg, so it varies from fish to fish and from seafood to seafood. For example, 3 oz of tuna has 17 mcg of iodine.

In our society, individuals who tend to ingest less than the desired amount of iodine include:

In addition to increasing the risk of neurological deficits in offspring, mild to moderate iodine deficiency has also been linked to increased risk for thyroid cancer as well as breast and stomach cancer, in a number of studies. Iodine deficiency can also cause fibrocystic breast disease, which can be reversed in many cases via medically supervised iodine supplementation. As a rule, iodine supplementation is not something that is required for most people, as the dosage of safe levels of iodine supplementation is still being debated.  We do know that iodine supplementation can be harmful if too high a dosage is ingested. For most of us, paying attention to food sources of iodine is a prudent strategy to employ. We are fortunate enough to live in a part of the world where iodine fortification and iodine-rich foods are available. We should ensure that we keep iodine intake on our radar and get enough iodine each day to meet our daily requirements, while still being cognizant of the other health-promoting and environmentally and animal-friendly dietary practices we may be seeking to follow.