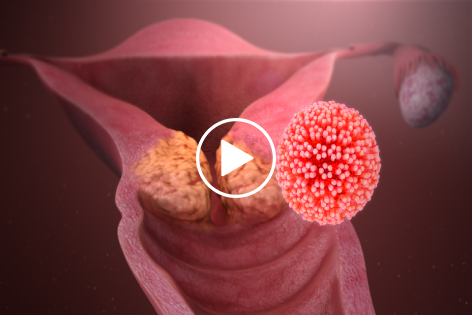 Nutritional Factors and Cancer of the Cervix: A Review

Cervical cancer is the second most common female tumor encountered worldwide. The good news is that over the past 50 plus years annual rates of cervical cancer have declined by more than 75% thanks to the introduction of the pap smear, which is an effective early detection test for cervical cancer and its precursor, cervical dysplasia. Yet, cervical cancer remains a critical health challenge in the modern era.

The causes of cervical cancer are shown to be multi-factorial, including such risk factors as contracting the human papillomavirus through intercourse, smoking, alcohol consumption (a dose-dependent relationship), having multiple sexual partners, and genetic predisposition. As well, nutritional factors and nutritional status of key nutrients are also associated with the risk of developing cervical dysplasia and cervical cancer. In 2012, a review of the published articles concerning the relationship of nutrition and cervical cancer (and dysplasia) was published in the journal, Osteopathic Family Physician. The researchers stated, “A significant body of research suggests that a diet rich in fruits and vegetables may protect against various cancers. In addition, protective effects have specifically been observed for dietary and plasma nutrients including but not limited to folate, B12, vitamin C, vitamin A, vitamin E (tocopherols), and fiber. In one study, higher levels of vegetable consumption were associated with a 54% decreased risk of HPV persistence (two consecutive positive HPV tests spaced between 2 and 72 months apart, whereby most HPV infections disappear within 2 years as a rule). In addition, women with the highest levels of lycopene had a 56% reduction in HPV persistence compared with women with the lowest levels. This suggests that increased vegetable consumption, particularly vegetables rich in lycopene, may be protective against HPV infection.

Results of a hospital-based case-control study of cervical cancer found that a higher intake of dietary fiber, vitamin C, vitamin E, vitamin A, alpha-carotene, beta-carotene, folate, lutein, and lycopene were related to a significantly decreased risk of cervical cancer.” As well, women with higher plasma folate and sufficient B12 levels had a 70% reduction of CIN II (cervical dysplasia) compared with those with low folate and insufficient B12 levels.v“It is believed that folate levels modulate HPV persistence and thereby influence cancer risk. It was found that women with HPV-16 seropositivity had a five-fold greater risk of having cervical dysplasia if they also had diminished red blood cell folate levels.” “These studies suggest that the effect of diminished folate status on carcinogenesis does not require frank folate deficiency similar to levels that would result in anemia. Only a modest reduction in folate levels is all that is necessary to cause such an effect.” They go on to state, “studies indicate that less than adequate levels of folate in the diet increase the risk of cervical cancer. This has been found to be particularly true in individuals who consume alcohol on a regular basis.” As well, “oral contraceptive use, a well-known independent risk factor for cervical cancer, has been associated with compromised folate status. Studies have found that folic acid supplementation can improve CIN I and II in women who take oral contraceptives.” It should also be noted that” a profound risk reduction of cervical cancer by 44% has been observed in women who exercise more than three to four times per week.”

The researchers concluded, “Physicians may suggest to patients at risk for cervical cancer that a diet rich in fruits and vegetables, particularly leafy greens such spinach, kale, turnip greens, and collard greens, may reduce their risk of disease. In addition, for patients who find such a diet challenging, physicians should recommend dietary supplementation to ensure patients’ nutritional needs are being met. Due to the fact that many women do not ingest optimal levels of many key nutrients each day associated with cervical cancer risk reduction, such as vitamin E, folic acid, lycopene, other carotenes and vitamin A, I often recommend a high-potency multiple vitamin and mineral as additional insurance against overt nutrient deficiencies as well as the more common undetected marginal deficiencies that appear to factor into increased risk for cervical dysplasia and cervical cancer. Of course, regular exercise also appears to be an important preventive strategy as well.

In the next Lifestyle Medicine Update, I will highlight the impressive research showing the ability of the phytonutrient found in cruciferous vegetables, namely indole-3-carbinol supplementation, to reverse certain cases of cervical dysplasia back to a normal pap smear result. So, stay tuned for that. In the end, nutritional medicine is good medicine, and not enough emphasis is placed upon it in my view

I have included the reference for this review of nutrition and cervical cancer/cervical dysplasia in the text below.