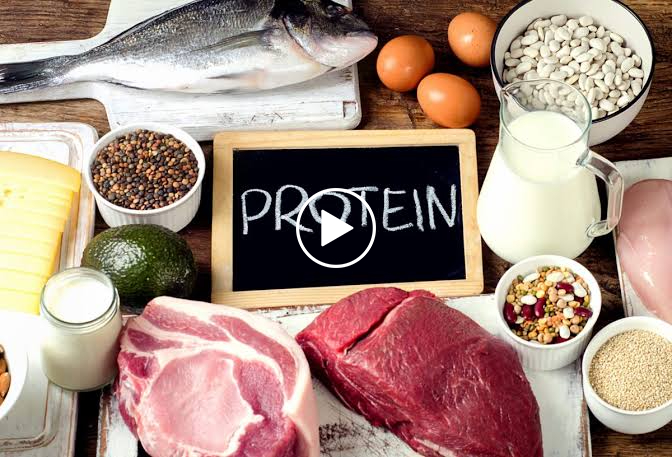 A study reviewed in Runners World Magazine on March 12, 2021, referenced an important study showing that plant protein can be just as effective as animal protein for muscle gains in young, healthy people. It is well established that you need two things to build muscle tissue and lean mass: resistance training and adequate protein intake. Many studies over the years have shown that animal protein (especially whey protein) is superior to vegetable and other protein sources for muscle tissue and lean mass development because it contains a more complete complement of amino acids for muscle protein synthesis, as well as higher amounts of the amino acid leucine, which directly prompts muscles to “turn-on” genetic switches that trigger muscle protein synthesis to occur.

The study they cite involved 38 men, average age of 26, who started a 12-week leg-focused resistance training program. Half of the men in the group were longtime vegans and half were longtime omnivores. The participants followed their usual diet while adding a supplement (soy for the vegans and whey for the omnivores) to ensure they were all getting 1.6 grams of protein per kilogram of bodyweight—the amount recommended by the American College of Sports Medicine to support athletic activity. For someone who weighs 170 lbs. they would require about 124 grams of protein per day to meet this standard. At the end of three months, both groups showed significant increases in leg lean mass and hypertrophy. And both improved the amount of weight they could push on the leg press machine. The researchers concluded that, as long as you are getting the amount of protein you need, the source appears to be less important.

However, purely plant-based athletes tend to need more protein supplementation to get the amount of protein they need. The researchers indicated that the vegan lifters needed about 58 grams a day of supplemental soy protein to get 1.6 grams of protein per kilogram of body weight. By comparison, the omnivore group needed to supplement with only 41 grams of protein per day to achieve the desired intake amount. They also note that this study was done on relatively young men and that further research needs to be done on other populations, such as older adults and women who may have more trouble making and maintaining muscle and may benefit from specific protein sources. Previous studies have shown that whey protein is an effective source of protein for older subjects to use to gain muscle, lean mass, and strength, which in turn improved their functional daily capabilities. In the accompanying text below I have provided a list of plant-based foods and the corresponding amount of protein found in those foods:

So, in summary, I would say that if you don’t have a job that is physically demanding it is very wise to have a resistance training program of some kind that you do throughout all of adult life. Otherwise, loss of muscle mass begins in a person’s late twenties, and by middle life and beyond the loss of muscle mass and strength can lead to a significant loss in functional ability required for many simple day-to-day tasks, culminating in later years into a need for a walker, wheelchair and /or scooter; not to mention falls leading to hip fractures and other fractures. The time to address lean mass preservation and even strength gains, is many years before these dreaded and unnecessary outcomes manifest themselves. In addition to resistance training ingesting the required amount of protein, each day is also essential to preserving and gaining muscle and lean mass. If you routinely don’t get enough protein each day from food to achieve at least 1.2 gm of protein per kilogram of body weight, then using a protein powder shake mix is something you should consider. I personally use a whey protein shake that has helped me gain lean mass in conjunction with my training program but based on this study soy protein shakes appear to be a good alternative for at least younger individuals wishing to maintain a pure vegan or vegetarian approach.

I have included the reference for this information in the text below.