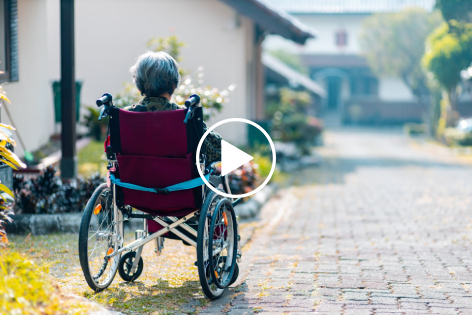 Vitamin B12 in Alzheimer’s Prevention

In the words of researchers, who published a ground-breaking study about vitamin B12 and Alzheimer’s disease in the September issue of the journal Cell Reports, “Alzheimer’s disease (AD) is a devastating neurodegenerative disorder with no effective treatment. Diet, as a modifiable risk factor for AD, could potentially be targeted to slow disease onset and progression.” In this published paper these researchers went on to show that in an experimental model, vitamin B12 supplementation was able to prevent Alzheimer’s disease and interrupt key biological processes known to contribute to its development on a cellular level.

You should also know that vitamin B12 is also required to make neurotransmitters in the brain that are required for normal, healthy cognition. Many studies have shown that providing vitamin B12 supplementation to patients with depression or decreased cognition when their vitamin B12 levels are low, often helps to resolve these problems. But we are now seeing increasing evidence that adequate vitamin B12 levels are also required to block key steps in Alzheimer’s disease development. What is alarming is that vitamin B12 deficiency is very common as people get older, occurring in more than 20% of individuals over 65 years of age. This is due to various factors, such as decreased secretion of stomach acid as people age, which results in decreased vitamin B12 absorption. Another cause of vitamin B12 deficiency is the common use of antacid drugs, such as Tums, Rolaids, proton pump inhibitor drugs like Omeprazole (Losec), and histamine blockers such as Ranitidine. Many of these drugs are prescribed for indigestion problems, but they can easily lead to a vitamin B12 deficiency. As well, many people change their diet as they get older consume fewer vitamin B12-containing foods, which are mostly provided by meat and poultry, and fish in the human diet. It is noteworthy that other B-vitamins are also required to recycle homocysteine back to methionine or to another desirable amino acid known as cystathionine, from which the body can make cysteine and the all-important antioxidant and detoxifying peptide known as glutathione. The B-vitamins that work together to recycle homocysteine and thus, lower blood levels of this damaging agent, include vitamin B12, folic acid, and vitamin B6. This is one more reason why I think most people would benefit from taking a B-50 complex 5-7 times per week throughout all adult life. I get my B-50 complex as part of an all-in-one, high potency multiple vitamin and mineral supplement that also provides boosted levels of key antioxidants like vitamin C, and vitamin E, which help to reduce free radical damage to the body and to the brain – which may also help to slow age-related decline in brain function. Something for you to consider.

I have provided the references for this information in the text below.